10 Chinese Superfoods That Will Help Balance Your Qi

It will only take 12 minutes to read this post!

If you don’t have time to read this now, don’t worry! You can download 10 Chinese Superfoods That Will Help Balance Your Qi PDF and read it later!

In China, there is an old saying: 药补不如食补 (yào bǔ bù rúshí bǔ) ‘the benefits of medicine as not as good as nutrition.’ Consuming an appropriate amount of certain foods is often found to have health benefits and this is strongly connected with Traditional Chinese Medicine.

Whilst the word ‘superfood’ seems contemporary and faddy, food with special attributes have existed in Chinese culture for thousands of years.

The following list are foods genuinely considered to be Chinese superfoods and are often consumed daily to maintain health.

Goji berries are a ‘super’-superfood and have been used in Chinese medicine for over 2000 years. In China, goji berries are known as ‘Wolfberry Fruit’ and is grown in Mongolia, Tibet and Ningxia Province.

How to Eat Goji Berries

Goji berries are often steeped in hot water and drank in a tea, but they can be eaten in any way, including raw. In China, goji berries are also frequently found in porridge and soup.

Goji berries are an antioxidant and high in fibre which promotes good digestion. Some of the other benefits of goji are increased energy, improve sleep and waking. It was allegedly eaten by monks to improve meditation.

In TCM, goji berries are often consumed in order to improve eyesight and to protect against common illnesses like colds and fever and have also been known to treat depression and low mood.

Goji berries allegedly have 500 times more vitamin C in them than an orange if measured weight to weight!

Green tea has been consumed in China for over 3000 years, and has many medicinal properties according to TCM. Although it was initially chewed and eaten raw, it was soon added it to food and in the 8th century its oxidant properties were discovered when steamed.

During the Tang Dynasty, tea drinking became ingrained into Chinese society and the formal tea drinking ceremony was introduced.

How to Drink Green Tea

The temperature of the water green tea is brewed in is quite important, as it can affect the flavours. Green tea should be brewed in water around 140°F – 185°F for approximately 1-3 minutes depending on your personal taste and the variation of green tea.

Although green tea doesn’t have as much caffeine as coffee, it still keeps you alert and improves brain function. Green tea is often drank to help metabolism and burn fat quicker. Green tea is said to reduce the chances of several cancers including stomach, breast, prostate and colorectal cancer. Since green tea is an antioxidant, it’s also excellent for the skin and can reduce signs of wrinkles and aging.

There are lots of debate about how many cups of green tea can actually be beneficial to a person’s health. However, many sources say the more green tea a day the better (at least 5 cups), but that more than 10 will have adverse effects, such as insomnia.

You can learn more about Chinese tea in our 10 Most Popular Chinese Teas article.

Bok choy or ‘white cabbage’ has been a staple in China for thousands of years and is a member of the cruciferous family.

How to Eat Bok Choy

Bok choy can be eaten raw in salads, but is usually stir fried or sauteed with garlic and ginger in Chinese cuisine. Bok Choy is also found in soups and hot pot.

White cabbage is jam packed with some amazing nutrients!

Bok choy is said to be a good protection from cancer, as the nutrients found in the vegetable turn into a compound that fight cancer. Since bok choy is a great source of fibre, it is particularly good for preventing colon cancer.

Bok choy has been shown to decrease the risk of obesity, diabetes, heart disease, and overall mortality!

The jujube fruit is native to south asia, including China and is full of amazing nutrients. The jujube tree has been grown in China for over 4,000 years ago and was classified as one of “The Five Fruits” along with peach, plum, prunus mume (Chinese plum), and apricot.

How to Eat Jujube Fruit

Jujube is a fruit but is frequently dried and looks like a bright red date. They are frequently found in congee or soaked and cooked in a soup.

The jujube is an antioxidant and contains both vitamin C and A which boosts the immune system. It is also found to reduce the risk of heart disease and some forms of cancer.

The jujube seeds are said to be good for curing insomnia, as they calm the mind. When oil is extracted from the fruit, it can used to reduce stress and anxiety.  https://www.organicfacts.net/health-benefits/fruit/jujube.html

It is a good source of iron and phosphorous and regulates blood circulation and improves symptoms of anemia.

Longan is also known as ‘dragon eyeballs’ due to their opaque white colour and black pupil-like seed. Longan has been used for medical purposes since as early as the Han Dynasty (206 BCE-220 CE).

How to Eat Longan

Longan can be consumed raw, but in traditional Chinese medicine it is frequently dried and added to tea. Similarly to Lichee, Longan is considered a ‘hot fruit’ [link to article] and should not be consumed in large quantities as it may induce fever and sickness.

Longan are a great source of vitamin c and help protect against the common cold. The vitamin C in longan soaks up iron and helps with skin quality.

The Chrysanthemum has been grown in China since the 15th century, and was a plant respected for its ‘powers’. Even the nobility had to ask permission to grow it and the chrysanthemum is often found on Chinese porcelain. The flower is one of the four junzi’s – (Prunus, Orchid and Bamboo) plants that influenced poet Tao Qian.

How to Drink Chrysanthemum Tea

Chrysanthemum tea has been popular in China since the Song dynasty and is often drank with goji berries and rock sugar. It is prepared by brewing the whole flower as opposed to just the leaves, which is common with most teas.

As Chrysanthemum is naturally caffeine free, it can be extremely relaxing when drunk, even to the point of being used as a relaxant. It can lower blood pressure and reduce stress. The tea has been used as a preventative measure for strokes and heart diseases, possibly due to the potassium found in the flower.

Brown sugar may seem a weird superfood, but it is used in Chinese medicine to cure certain ailments.

How to Eat / Drink Brown Sugar

Brown sugar is often dissolved in hot water along with ginger to create a thick syrupy drink.

The brown sugar-ginger tea is used to alleviate cold and flu symptoms as well as nausea. It can also be drank to reduce menstrual cramping.  Because brown sugar is considered a ‘warm food’ in TCM, it helps promote blood circulation.

Molasses that make up the brown sugar are full of many nutrients including: iron, calcium, magnesium, potassium etc.

The origins of consuming dried tangerine peel began during the Song dynasty, and lasted for seven hundred years. It fell out of favour by the end of the last century, but is becoming more popular again.

Tangerine peel can be eaten as is, or brewed in a tea. In TCM, it is available as a powder and in now in capsules to be taken medicinally.

In Chinese medicine, ‘Chenpi’ was used to improve digestion, relieve intestinal gas and bloating. It was also used as a ‘cure’ for asthma as the peel helps reduce phlegm.

Dried orange peel can help with blood circulation and reduces blood pressure, as well as headaches and anxiety.

When mixed with water and salt, dried tangerine peel can act as a hangover cure!

Soy milk is produced by boiling soybeans with water. Soymilk is said to have been developed in China around A. D. 82 and it is still a popular drink in China today.

How to Drink Soy Milk

Soy milk is available in many different varieties, sometimes with added flavours such as chocolate, strawberry or salt.

Soy milk contains protein which is said to lower cholesterol, and is commonly used to reduce blood pressure for type-2 diabetes patients.

Tofu is a bean curd that is created by pressing soy milk into blocks and is a common ingredient in Chinese cuisine, notably Mapo Tofu.

The earliest mention of the word ‘tofu’ or ‘dou fu’ in China was around AD 950, just before the Song dynasty began, although allegedly Tofu-making was first recorded during the Han dynasty over 2,000 years ago. The Prince Liu An (179–122 BC) was said to have invented it.

How to Eat Tofu

One of the most famous dishes containing tofu is 麻婆豆腐 (má pó dòu fǔ) Mapo Tofu, which translates to the delightful ‘pockmarked grandmother’, which is a spicy bean sauce with tofu. Tofu is usually used as a substitute for proteins for a vegetarian or vegan and so can be eaten in various ways, including stir-fried, added to soup, such as miso, or added to a smoothie for breakfast.

Tofu alleviates the effects of gout, due to its protein content and because of its high levels of calcium is excellent for bone growth and strength.

Because tofu does not absorb cooking oils, it is extremely good for lowering cholesterol and helps regulate the metabolism.

Please note that the Written Chinese team are not medical or TCM professionals and we recommend consulting your health provider for advice. 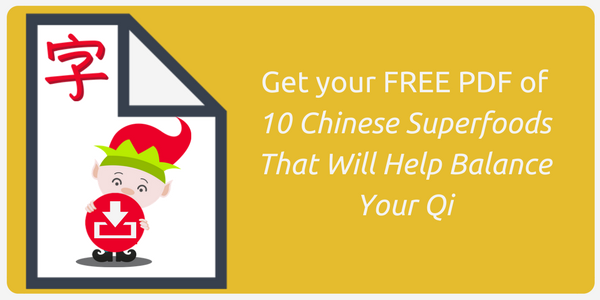