Pros and Cons of Learning Chinese with Pinyin

On April 18, 2014 By WrittenChinese In Blog, Learner Tips Here’s another informative post that was written by Bethany about a year ago, looking at some of the pros and cons of learning Chinese with Pinyin. Whilst Written Chinese certainly falls down on the ‘pro’ side of the argument, we understand how using pinyin as a base for learning Chinese, before moving onto characters is also a positive.

What’s great, is there are now lots of learning tools and resources out there that are really trying to focus more and more on people learning both characters and pinyin simultaneously. As I have said probably 100 times before, most people that I have met studying Chinese in China have for the majority, shy-ed away from learning Characters, but that’s becoming more difficult to do, as there seems to be more of a ‘pro-character’ movement on the horizon.

I’ve added a few new pros and cons for learning Chinese with Pinyin, if you have any more ideas as to why we should learn using characters, or support the use of pinyin, please leave us a message below!

Written by Bethany from Written Chinese

As any learner of Chinese knows, learning pinyin (拼音, pīnyīn), a Romanized system of writing Chinese words, can be very useful in the learning process. There are many opinions about how it should be used, but most people would argue that for beginners (especially adult beginners), it is essential. Still, it is important to bear in mind some of the cons as you continue your learning journey.

Wouldn’t you look at a person who was learning a romanized language a little oddly if they told you they weren’t going to learn to read and write too? So why so many of us think it’s acceptable to only learn to speak Chinese? If you’ve already made the commitment and challenged yourself to learn the Chinese language, you might as well go all in!

If you don’t have a smart phone, never fear! You can take a look at our online dictionary!

Pinyin can be a blessing and a curse. If you have comments or suggestions about learning with pinyin, please leave a remark below. 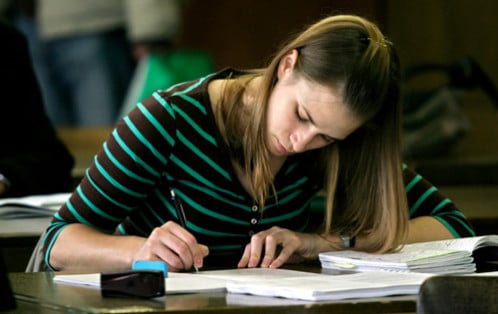